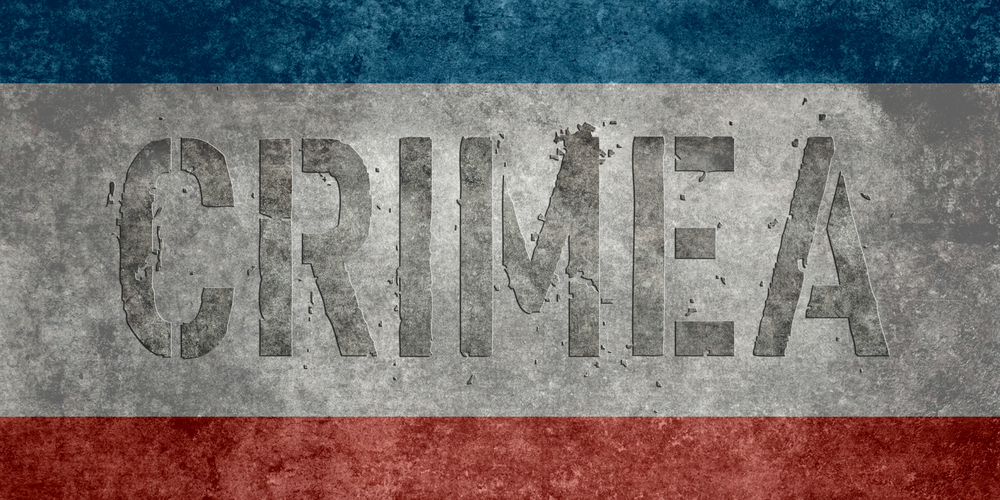 Russian military, using stun grenades, have captured almost all the buildings of the Ukrainian military unit 4515 in Belbek (Sevastopol). Soldier of security coy of the unit 4515 Roman Berezhnoj told “Ukrainian Truth”. «They took all the weapon. We had no orders to join the battle. We did not respond to provocations. Passed the guard, handed warehouses,» — said Begegovoy

22:50 North Atlantic Council statement on the situation in Ukraine

Military action against Ukraine by forces of the Russian Federation is a breach of international law and contravenes the principles of the NATO-Russia Council and the Partnership for Peace. Russia must respect its obligations under the United Nations Charter and the spirit and principles of the OSCE, on which peace and stability in Europe rest. We call on Russia to de-escalate tensions.
We call upon the Russian Federation to honor its international commitments, including those set out in the Budapest Memorandum of 1994, the Treaty on Friendship and Cooperation between Russia and Ukraine of 1997, and the legal framework regulating the presence of the Russian Black Sea Fleet, to withdraw its forces to its bases, and to refrain from any interference elsewhere in Ukraine. We urge both parties to immediately seek a peaceful resolution through bilateral dialogue, with international facilitation, as appropriate, and through the dispatch of international observers under the auspices of the United Nations Security Council or the Organization for Security and Cooperation in Europe (OSCE).
Ukraine is a valued partner for NATO and a founding member of the Partnership for Peace. NATO Allies will continue to support Ukrainian sovereignty, independence, territorial integrity, and the right of the Ukrainian people to determine their own future, without outside interference.
We emphasise the importance of an inclusive political process based on democratic values, respect for human rights, minorities and the rule of law, which fulfils the democratic aspirations of the entire Ukrainian people.
We met today, at Ukraine’s request, to consult in the NATO-Ukraine Commission. We intend to engage with Russia in the NATO-Russia Council.

17:00 CRIMEAN COUNCIL OF MINISTERS IS WATCHED OVER BY PRO-RUSSIAN ACTIVISTS AND PEOPLE WITH AUTOMATIC WEAPONS (PHOTO)

Between the building of the Crimean government and Lenin monument a human chain is built now. Activists hold posters and two dozen of boards made in the color of the flag of the Autonomous Republic of Crimea.
Two armed men in camouflage stay behind the activists.

15:00 Crimean Tatars became a human shield between the Ukrainian and Russian soldiers in Kerch.

» Near a thousand Crimean Tatars came to the battalion of marines of the Naval Forces of Ukraine in Kerch in support of Ukrainian troops. According to the press service of the Defense Ministry on Sunday armed Russian soldiers came and to this military unit . Soon Crimean Tatars came to the dislocation of this battalion and became a human shield between the Ukrainian soldiers and a group of armed men . «Thus Crimean Tatars are trying to prevent provocations and illegal actions by Russian troops ,» — added in the press service. »

Crimean people held a rally against entry of Russian troops onto Ukraine’s territory today in front of the Shevchenko Park in Simferopol. They consider neighboring state actions an attack on their independent state. Simferopol residents said they don’t wish to «live under the muzzles of Russian military“. «We have no problems, no nationality is being harassed. Crimean Tatars, Ukrainians and Russian, both Jews and Greeks found it possible to live in peace and harmony here. Slav brothers to do not attack each other», — assured the party rally Sergey Kowalski

13:30 «Georgians living in Ukraine, are going to create sotnias (cossack squadrons) and battalions to protect the integrity of Ukraine.

This was announced today during the public meeting on Independence Square in Kiev, said one of the former members of the Georgian government, UNIAN.

According to the speaker, his compatriots in Ukraine are ready to create sotnias (cossack squadrons) and battalions. At the same time, he said that among those who now lives in Georgia, there are those who are willing to come to help the Ukrainians to fight for freedom of Ukraine and for the freedom of the whole of Europe in order to “Putin’s regime did not encroach on other people’s territory” and was not an occupier of its neighbours.»

12:00 UN SECRETARY-GENERAL TALKS TO PUTIN
«It is very important to restore calm and proceed to immediate de-escalation of the situation. The cool head should dominate and dialogue should be the only tool to stop this crisis,» — said Ban Ki-moon over the phone to Vladimir Putin.

10:00 Canada recalled its ambassador from Moscow Saturday and suspended its engagement in preparations for the G8 Summit, currently planned for Sochi, in a move condemning Russian President Vladimir Putin’s military intervention in Ukraine.

Canadians advised to leave Crimea ‘while it is safe to do so’.

02:00 U.S. AMBASSADOR: RUSSIAN INTERVENTION IN CRIMEA HAS NO LEGAL BASIS AND MUST BE STOPPED

This was stated by U.S. Ambassador to the UN Security Council Samantha Power in her speech at a meeting of the UN Security Council on the Ukrainian question on Saturday evening, as reports «Interfax-Ukraine».
«It’s time to put an end to the Russian invasion of Ukraine», — said the Ambassador.
Power underlined that Russia should immediately get in touch with the Government of Ukraine.
In addition, the US side suggests to direct international observers from the UN and the OSCE to Ukraine and offers Russia to actively participate in both structures.
«To Ukraine, should be immediately reported to international observers, including the UN and the OSCE,» — said the U.S. ambassador.
«Immediate dissemination of international observers to the Crimea will reduce tension … We are working to prepare an international mediation mission in the Crimea, to promote dialogue,» — added Power.
The British side has expressed its «deep concern about the increasing tension and the fact that Russia’s parliament has authorized military action on the territory of Ukraine.»
«We condemn all acts of aggression against Ukraine», — said the British Ambassador to the OSCE Lyall Grant.
«The UK supports the current government of Ukraine, assures commitment to the territorial integrity and supports the request for urgent consultations under the Budapest Agreement between the U.S., Britain, Russia and Ukraine. We see no reason why the following consultations can not be carried out.»- he said during his speech.
The representative of France, speaking at a meeting of the UN Security Council, said that «today we can not ask Ukraine to choose between East and West — before it led to two wars on the continent.»
Authorized invasion is a threat to the integrity of Ukraine and peace in the country», — said the Ambassador of France to the UN Security Council Gerard Aro, noting that the French side will try to find a political solution to the situation.
He called on the Ukrainian authorities «to take all measures for the smooth coexistence of all communities while respecting the concerns of Russia.»

00:10 PROSECUTOR GENERAL’S OFFICE OF UKRAINE: referendums in Crimea and Donetsk are outlaw.

«Decisions are contrary to all legal norms.
General Prosecutor of Ukraine (GPU) calls the decision to hold a referendum in the Crimea and Donetsk illegal.
This was stated by the newly appointed General-Attorney Oleg Mahnitsky, by the press service of the GPU.

23:40 A MAP OF THE LOCATION OF THE RUSSIAN ARMED FORCES IN THE CRIMEA IS MADE (MAP)

Russian Federation Armed Forces now control the main objects in Crimea, and also blocked the main units of Ukrainian Armed Forces, such as the place of dislocation 204th Combat Brigade of Aviation in Belbek, 55th air defense missile regiment in Yalta, and took control over the take-off strip at Kirov, where aerobatic team «Ukrainian Falcons» is based and crossing in Kerch. Furthermore, the coastal defense military in Feodosia, Kerch and Sevastopol may be blocked ,as well as the base of naval aviation forces in Saki.

You can see map in full screen here:

Crimean-Tatar Majlis leader Refat Chubarov on TV channel ATR(ATP) called all Crimean residents not to hold any public events and to restrain from arguments with opponents, reporting “Week’s Arguments – Crimea”(“Аргументы недели — Крым”). According to him, the situation may normalize in just couple of days.

22:50 RUSSIA HAS ASSURED THAT THE RESOLUTION ABOUT THE INTRODUCTION OF TROOPS TO UKRAINE HASN’T BEEN CARRIED.

THE PRIME-MINISTER ARSENIY YATSENIUK SAID THAT RUSSIA HAS ASSURED HIM THAT THE RESOLUTION TO INVADE UKRAINE HASN’T BEEN CARRIED .

He said that on a press conference at Saturday night.
According to him, he had a telephone conversation with Russian prime-minister Dmitry Medvedev.
«I have had a conversation with Medvedev. Russia assured that the decision to invade Ukraine is not taken. Because such decision means a beginning of war and finishing all relations.» — he said.

“We are ready to defend our sovereignty. We believe that Russia will not resort to military intervention in Ukraine. Because such intervention is the start of the war and the end of any relationship with Russia”– emphasized he.

22:00 General Consul of Russia in Crimea : there is no informatin about victims in Crimea.

General Consul of Russia in Crimea does not confirm information about the victims of the Russians. Vyacheslav Svetlichny said that near the Ministry of Internal Affairs of Crimea there were shoots into the air .

One of the reasons for Russia’s decision to invade the territory of Ukraine was the statement of the Russian Federation Council Speaker Valentina Matviyenko on victims among Russians in Crimea. She stated in the broadcast of channel » Russia 24″ , commenting on the results of an emergency meeting of the Federation Council of Russia on the use of armed forces abroad.

General Consul of Russia in Crimea Vyacheslav Svetlichny does not confirm this information.

There is no information about the victims. An attempt was made to make Igor Ovrutsky a head of MIA who was appoined by Kyiv. A group of armed men has arrived with him. Because the building was blocked by self-defense, there was a conflict in which there was a mutual show of force. Several shots were fired into the air, «- said Svetlichny to the correspondent of LB.ua.

Energy infrastructure, and other critical strategic targets are taken under the protection. Tomorrow will be held an extraordinary session of the Verkhovna Rada on the situation in the country and on its borders.

21:00 Сrimean authorities : EVERYTHING IS UNDER CONTROL

In Crimea, all is under control of the supervision of the Council of Ministers and the Supreme Council of Crimea .

THE FIRST DEPUTY PRIME MINISTER OF CRIMEA RUSTAM TEMIRGALIEV SAID ABOUT IT ON HIS FACEBOOK PAGE.

«Division of Internal Affairs, Security Service, Ministry of Emergency Situations and interior troops are subordinated to the Crimean authorities — wrote Temirgaliev . District heads and mayors of Crimean towns are under the operational control of the Council of Ministers. There are no disruptions with the supply of products , energy and petrol.»

20:00 ENTRANCE TO CRIMEA IS LOCKED

Civilians in camouflage uniforms blocked entry to the Crimea.

This is reported by «The Kherson News.»

«Entry to the Crimea is blocked by civilians in various camouflage uniforms. with St. George ribbons. Also there is» Berkut «with guns. Photographing is forbidden. ‘We were also disallowed to get to the territory of Crimea. Car was ransacked and we were told to go back,» — said the publication with reference to its journalist.

19:30 SEVASTOPOL HAS DECIDED NOT TO OBEY KYIV.

Sevastopol city council voted today on the decision to disobey the government of Ukraine. This was reported by a correspondent of ITAR-TASS from the building of the City Council. 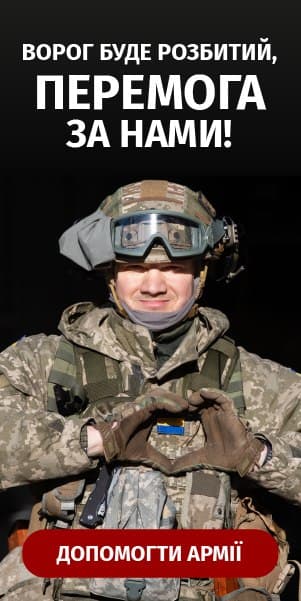